No More Inline Installations for Extensions on Google Chrome 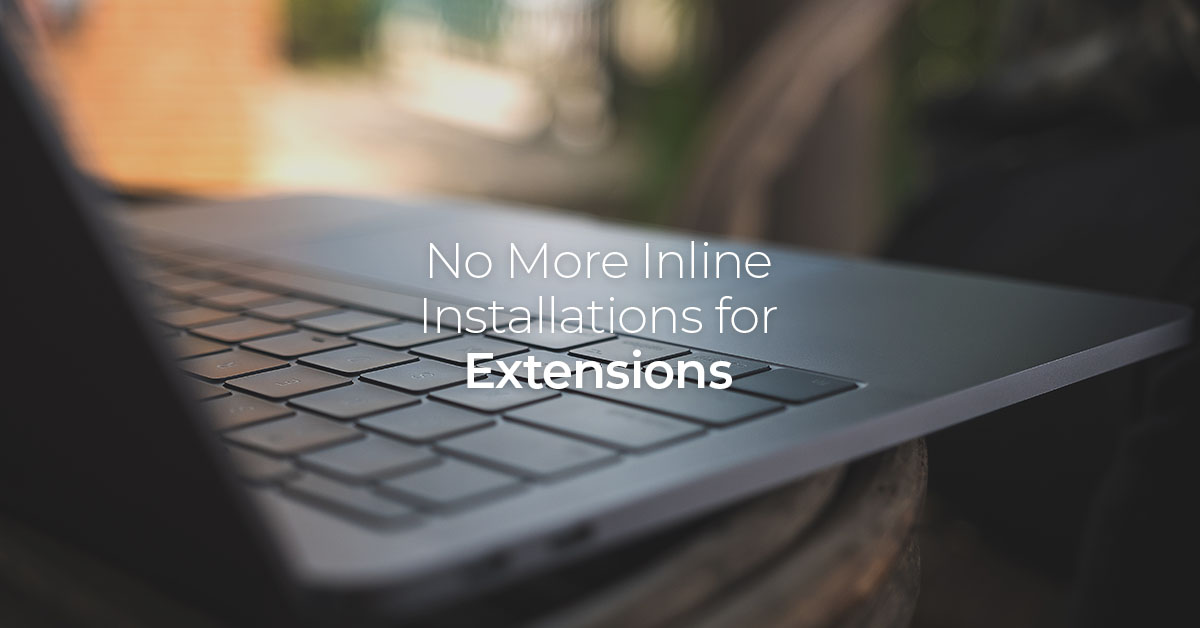 It’s official – Google has announced measures that it’s about to take in the coming months regarding how extensions are added to users’ Chrome browsers. The idea is to remove the functionality of inline installs and transit entirely to Chrome’s Web Store for future extension installs.

“Inline Installations are essentially a piece of code that developers can append to their website(s) to enable users a direct install flow without visiting Google’s Web Store. This feature made it easy to “sell” extensions with misleading wording, false claims regarding features and functionalities, and much more.”

A legitimate reason for Google to finally bring such activities to an end by doing its utmost best to reduce exploits of third-party sites in connections between users and extension. A thing that can only be executed by requiring users to go directly to Chrome’s Web Store for extensions.

We continue to receive large volumes of complaints from users about unwanted extensions causing their Chrome experience to change unexpectedly — and the majority of these complaints are attributed to confusing or deceptive uses of inline installation on websites. As we’ve attempted to address this problem over the past few years, we’ve learned that the information displayed alongside extensions in the Chrome Web Store plays a critical role in ensuring that users can make informed decisions about whether to install an extension. In addition, when installed through the Chrome Web Store, extensions are significantly less likely to be uninstalled or cause user complaints compared to extensions installed through inline installation.

A strict approach like this aims to minimize the uninstall rates, lower the rate of bad feedback, and maintain a favorable LTV for users.

What this means to affiliates

Our industry is packed with marketers who manage to make multi-figure profits with offers such as browser extensions. And it’s a no-brainer that Google is the leading search engine – meaning that the bulk of such earnings came from Chrome browsers. So what now?

The easiest way is to look the other way and focus on different browsers. Other than that, there’s the settlement to embrace this new rule and follow best practices and make good use of install badges. But for those who are about to definitely quit this vertical for good, there’s a tiny time window still open until the significant change/shift happens. So here’s the timetable that might interest you and your future extension marketing efforts:

So, still, some hours left to squeeze in some installs before the Birth of Chrome 71.

To those who are all about the white hat, feel free to read up on how to create a clean, informative Chrome Web Store listing and how to facilitate the “power” of page banners within your sites to redirect your visitors to the appropriate listing.

As for the black-hat cowboys here, a solution awaits on the horizon. So let’s walk together and see what we’ll discover. But it’s definite that on December 4th, when Google releases Chrome 71, our industry will shift and tilt and quake – but we’ll stand our ground firmly!

Part-time researcher, part-time marketing enthusiast. Wanted to be a teacher, ended up working for the best ad tech company in Eastern Europe.