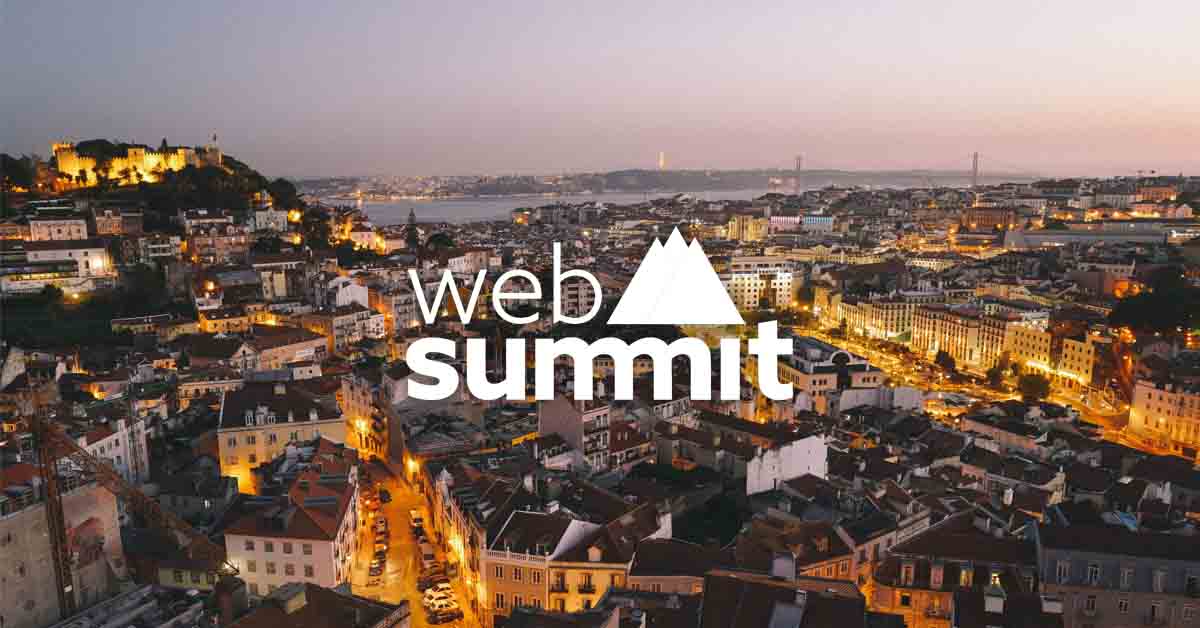 There is Glastonbury for art lovers, Davos for Economists, Comic-Con for pop-culture addicts, and then there is Web Summit for us geeks. Do you understand now? Ok, I’ll stop with the metaphors and really explain what the last conference we attended in Lisbon was about.

Simply put – Web Summit is the best tech conference on the planet! This is the top technology-related conference and a gathering place of the world’s top founders, CEOs, policymakers, startups, and tech enthusiasts. Once a year, they discuss the latest trends in the digital world, exchange experiences, and inspire themselves for the year ahead. This year, we all met in Lisbon, Portugal, for what turned out to be a truly unforgettable event.

Speaking from this point, I can’t believe it’s been over two weeks since Web Summit. What a fantastic event it was! The summit returned to its real-world form, with over 40 thousand attendees, and that was enough to get our spirits high. Here is how it looked through our eyes:

The Thrill of Traveling for the Summit and the Opening Night

We love being on the road, but I have to say, the enthusiasm about the summit itself was the only thing that got us through countless checks at every airport, platform, terminal, and gate. Covid 19 times… After a couple of obstacles-turned-adventures during our travel, we arrived in Lisbon. It was just enough time to take a stroll around the city, keep our Instagram stories up to date and even squeeze in a power nap before the grand opening of the summit.

The opening night was a big moment for many reasons. First of all, imagine the Altice Arena with a capacity of 20 thousand places full of people while the global pandemic is still around. A medal for the organizers!

And it all went without a single issue – not only for the night but for the following three days of the summit.

Imagine listening to Ayọ Tometi, the co-founder of Black Lives Matter, one of the biggest protest movements in US history, and Frances Haugen, the woman whose revelations have rocked Facebook in one night! And all that in person, not online.

This was the first “official” day of the Summit. After arriving at the venue, our main impression was – what a perfect event structure! The mix of the company stands, startup booths, workspaces, and places to rest and refresh kept us interested and energized to explore it all. We focused on checking out different booths and soaking in ideas. It was sort of a discovery day, since the event, the venue, and of course, the hundreds of startups were completely new to us.

We were amazed by the amount of innovation that startups brought so we asked a bunch of questions to satisfy our curiosity. It did take us a couple of hours to do so, but it was a pleasure. 🤓

To rest our tired feet but at the same time not to miss anything important (serious FOMO here), we attended some panel sessions and masterclasses and got a bit of wisdom from brilliant speakers, from football stars to venture capitalists. Thierry Henry had passionate arguments against online bullying and Amy Poehler’s speech about empowering the next generation of women leaders was inspiring. Nikolaj Coster-Waldau used his Game of Thrones fame to shed a light on societal inequalities and the importance of sustainable development in a modern world, which was a pleasure to hear.

With these names and topics, you can agree that our FOMO was completely justified.

Still excited about networking and sharing knowledge and not exhausted enough from all the walking and talking from day 1, we continued our quest. There were so many more projects with innovative ideas, especially at the Alpha and Beta Startup areas, and we were proud of the Montenegrin startups there. It was their first chance to present ideas at the Web Summit in Lisbon. Can’t wait to see what the future holds for the innovative people from Montenegro!

The talks were interesting as well – so many of them! I’ll try to make a small selection of our favorites. 🙂

Whistleblowing has been one of the defining stories of the Summit, but we were thrilled to hear about the Metaverse. Facebook got its chance to respond to the talks from the opening night. Their CPO spoke about meaningful connections that such audio-visual reiteration of the internet can make happen. Second and third place in our selection go to the panel about the future of AI development (and how complicated it is to raise “good robots” that won’t take the whole of humanity to some sort of post-apocalyptic movie scenario), and the talk about creating a net-zero economy – straight from the president and vice-chair at Microsoft himself.

In short – day 2 of Web Summit had something for everyone’s taste.

So far, the Summit was absolutely jam-packed with good stuff and our team managed to see so many things. In order to do so, we also managed to convince ourselves that sleep is not that necessary, after all.

Kudos to the organizers who anticipated this and created a much calmer day for people who exhausted themselves over the first two days.

Once again, some fantastic speakers (Reddit’s COO Jen Wong, musician Tinie Tempah, Inrupt’s Sir Tim Berners-Lee, and John Bruce, and Spotify’s Horacio Gutierrez were there!) had their talks and shared their opinions on the future of worlds of business, creativity, and tech.

The highlight of the day was the announcement of the winners of PITCH, a startup competition that gathers the world’s leading early-stage startups for a live, three-day, onstage battle. This year 650 startups took part in the PITCH competition in the arena and shared their stories. The winner this year was an AI-based machine learning solution that helps textile manufacturers reduce their waste. Mindblowing, I know.

You didn’t think that we were exhausted from attending the conference during the day only?

After the official part of the conference finishes, the real networking begins, combined with the exploration of the city. We had the chance to see Lisbon’s LX Factory, Pink Street, and other amazing parts of the city, all while meeting all those brilliant people from all over the world.

The neutral atmosphere combined with a couple of drinks is an ideal place to make connections, hear amazing business and life stories, and sometimes even create a deal. There’s a story about a guy who got funded at the Night Summit that goes around!

For all of us who didn’t necessarily come there for funding, a break from the busy days at the conference through parties, meetups, and music events and the potential for creating valuable connections sounds amazing enough.

Women in Tech and Diversity Talks

I’ll start with a flashy line: For the first time in the history of Web Summit, women outnumbered men at the event!

Why is this important?

Gender equality can lead to successful innovations and increase the capabilities of tech companies to innovate faster and better. The Summit provides networking opportunities, nurtures women in the tech community, and creates mentorship programs that encourage them to make an impact in their communities.

The initiative started in 2016, with the goal of improving the gender ratio at the event, and the Women in Tech initiative was born. Since then, it is creating space for all women in tech to have a voice on the edge of innovation and the future of tech. Women have to say a lot about their role in technology, society, and here we have a safe and supportive environment to do so. It is an incredible step towards empowering women leaders increasing their presence in the innovation universe.

Diversity, not only gender-wise, was another major topic at this year’s summit, which was reflected through the selection of speakers, as well as the themes of the talks, and it was refreshing to participate in that.

Websummit itself is a reason for excitement itself, but – it was happening in one of Europe’s most beautiful and cosmopolitan cities! For some members of the crew (including me), this was the first time visiting, some were already familiar with the city’s delights, but we were all eager to experience Lisbon.

Winter made the city softer and more authentic, and a bit less touristy (if you ignore the 40 thousand people who came for the summit 😬).

In our four-day schedule, we wandered through the city, enjoyed its cobbled streets and alleyways, and explored a truly beautiful and charming city. We got our souls touched by fado and our bellies full of Pastéis de Nata and other delicious pastries. Our imagination awakened by experiencing the richness of the “luminous Lisbon” where many grand artists lived and created.

Lisbon’s reputation as a base for Europe’s creative freelancer community truly makes sense – the city is genuinely inspiring.

Though different from previous years, the summit has once again been incredibly fun, interesting, and informative. It can definitely serve as an example for future events happening while we still face the pandemic.

Web Summit was a world-class event that enabled us to catch up with our inspiring friends from the industry, make new ones, and get a bunch of ideas. It was also a perfect getaway for our team of four. We enjoyed the charming city of Lisbon, bonded, and had our fair share of adventures. So instead of returning exhausted and feeling like we need to spend the weekend in bed, we arrived home refreshed, reenergized, and supremely optimistic.

A passionate marketer with a love for copywriting. Currently on a quest of understanding the affiliate ecosystem in-depth, from both publishers' and advertisers' side.